Posted by Recce Rifleman
People often have mistaken ideas about what good gun training is. Some think it involves a "safety class." Others believe it is all about the handgun carry permit. And still others think it is about how to shoot at the most fundamentally mundane level ever.

One thing people will say, when they hear you teach firearms classes, is something along the lines of "like a handgun safety class." Look, there's a reason that virtually nobody takes the NRA safety classes. 8 hours - 6 of it in a classroom, then only two hours and 50 rounds fired??? Not my idea of fun. Not to mention that the NRA shoots itself in the foot each time they help Negotiate our Rights Away. Every class I teach has a heavy emphasis on safety - but there is also (safe) fun, as well!

Possibly the most common reply people make when they find out I teach gun classes is something along the lines of needing to take the carry permit class. I agree with them that they should, and add that they should then call me to teach them how to fight with the handgun. The look is amazement - how can there possibly be a class after the permit class??? Then a summary of the permit class, and a quick overview of mine, and they are astonished. Things that have not yet been though race through their minds.

The final major mistaken idea is that I teach something so fundamental and mundane. "Oh, I know how to shoot." Is the reply. Of course you know how to point the gun and pull a trigger. This is about consistently hitting what you aim at. This is about practical applications of marksmanship. This is about fixing the stoppage in your gun before the bad guy stops you. This is about proper use of cover and concealment. This goes a bit beyond point and shoot at a can in the back yard, Skippy.
at 7:30 AM Labels: The American Martial Art No comments:
Email ThisBlogThis!Share to TwitterShare to FacebookShare to Pinterest

From the article -
West Tennessee couple has won a rare $115,000 verdict against two Tennessee Bureau of Investigation agents whom they had accused of illegally barging into their Lake County home without a search warrant.

Summary -
Two TBI agents forced their way into the couple's house without a warrant, after the homeowner, Fred Wortman, told them to leave.  The agents (criminals?) were attempting to collect evidence in a case against Wortman's son.

Opinion -
Glad the family won this case.
Neither of these agents should be permitted to work in law enforcement ever again.
Both agents should also be prosecuted (and found guilty) of breaking and entering and attempted murder.
Wortman should have shot them both dead and cleared under Castle Doctrine.
The fine should have been much larger.

When we hear these stories, some Boot Lickers always say it was just one (or two) "bad cops." But we keep getting these incidents. In every precinct, every day. By new and different cops. And the "good cops" do nothing.

at 7:34 AM Labels: JBT No comments:
Email ThisBlogThis!Share to TwitterShare to FacebookShare to Pinterest

Dear Boomers,
Want a free tip?
Click the link.  It won't hurt you.
Read. It's all spelled out for you.
Don't sh!tpost competing schools - it doesn't look good on yours.

Would you really want to take a class from someone who does this?

at 8:49 AM Labels: Humor No comments:
Email ThisBlogThis!Share to TwitterShare to FacebookShare to Pinterest 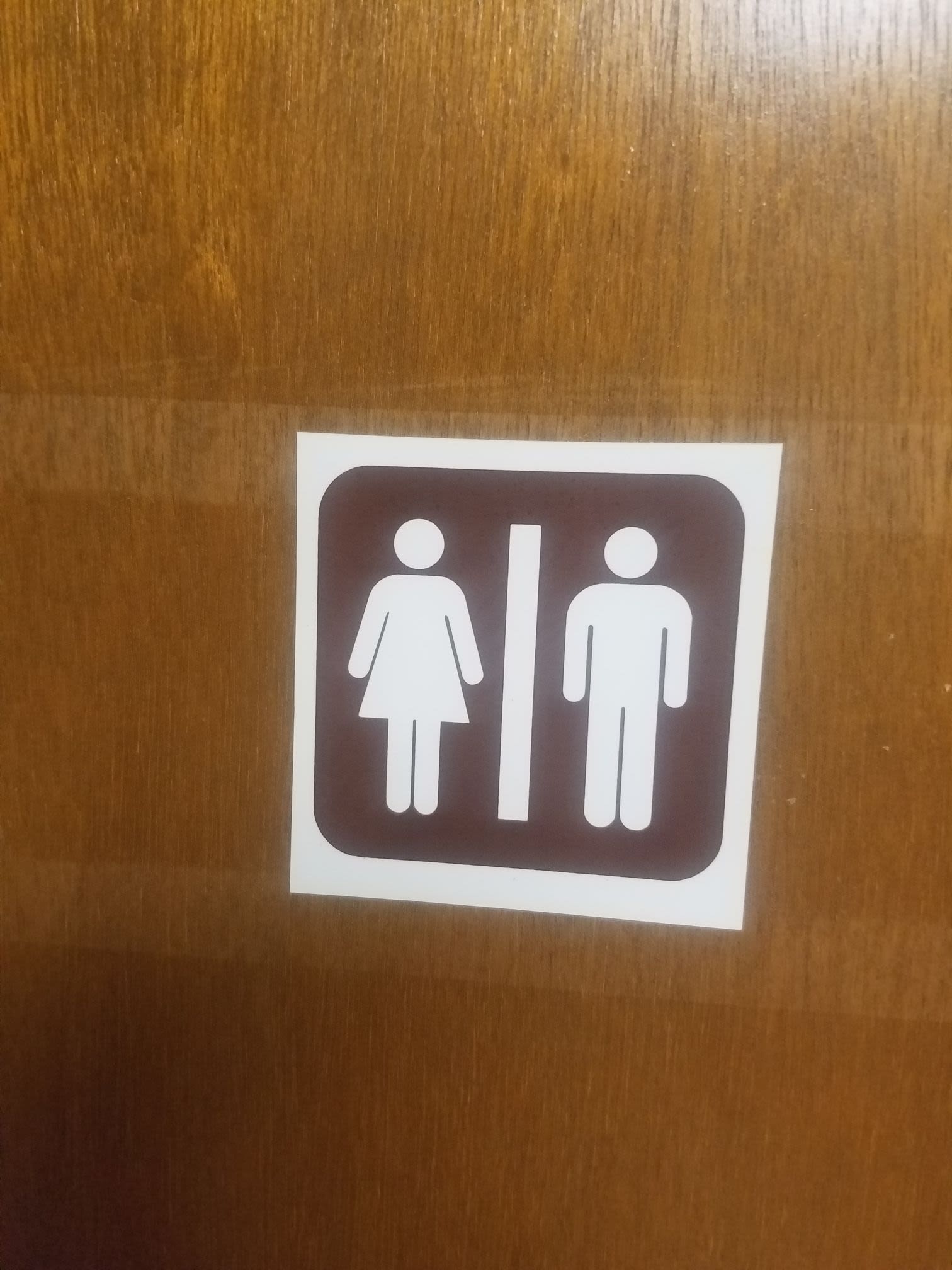 Yet another bisexual bathroom.

at 7:05 AM Labels: Humor No comments:
Email ThisBlogThis!Share to TwitterShare to FacebookShare to Pinterest

Posted by Recce Rifleman
Donovan Sharpe details a situation where his mother made some poor decisions and essentially price gouged him. In summary, he was needing to live with her until he got back on his feet. She started by charging him $300 per month in rent. As he got raises due to exceptional performance at work, she forced him to pay more - eventually raising the rent to over $1000 per month!

This reminds me of a situation I once found myself in. After graduating college and getting married, my plan was to move to my dad's farm near Jackson, TN. Nobody was living in the house at the time. My mom had lived in that house at one point, but had moved back to Chattanooga after my sister graduated High School. My dad and I had reached an arrangement for rent.

Over the weeks leading up to the wedding, I made a couple of trips to the farm house and moved some extra belongings into the house. There was some preliminary drama - and that should have been my red flag! She goes over to the farm house, and calls me to tell me she is going to discard some stuff in the attic area. Since most of it was my belongings, I told her not to discard any of it - I would clean it out when I moved in.

She insisted and acted like she didn't know what was what - which was a legit excuse with her as she paid absolutely ZERO attention to any detail. I made an extra trip to go over and retrieve my things. Had to use a truck and pay extra in gas, and I was very upset about that.

As Donovan Sharpe said in the video - my mom made incredibly selfish decisions at the most critical points in our lives.

After I move my things out, she leaves the house again. I plan to change locks when I move in after the wedding and the honeymoon. That plan went up in flames. We get back to Chattanooga from the honeymoon, and my mom is not there. She is in West Tennessee at the farm house. I confirm with my dad that he hasn't given her permission to be there, and I do have permission as I'll be paying rent.

The plan changes - now I plan to be at the farm house only a few months while we save for a rent deposit.

We go to West Tennessee with our most basic things. She is there. It was late in the day and we had little choice - we stayed there as did she. The next day, we were out looking for jobs. The market there was much better than was the job market in Chattanooga in 1998. Within three days, we had both found gainful employment. For those days, we stayed in a cheap motel.

We rented an apartment before the week's end. I instructed my dad and family not to tell her where we were - I knew she would try to show up there and "force us out." She was very strange like that. More on this next week...
at 7:30 AM Labels: Moms-isms No comments:
Email ThisBlogThis!Share to TwitterShare to FacebookShare to Pinterest

Finally, 2 years later, one of the formerly #FakeNews blogs has learned the truth from Global Vision Bible Church pastor Greg Locke. In a turn of real honest decency, the author apologized for the errors and half-truths.

No, it wasn't  PP - don't expect them to recant or apologize.

Of course, I had blogged about all of this back then.  Greg is a personal friend as well as my pastor and I had a pretty good idea of exactly what was going on and when. Interestingly, I'll be making no recants nor issuing any apologies in this one... my material was and is 100% factual and hasn't changed since Day-1.

at 7:43 AM Labels: General Commentary No comments:
Email ThisBlogThis!Share to TwitterShare to FacebookShare to Pinterest

Another entry in the Wall of Shame, when it comes to stupid comments you find on gun class advertisements. The last installment was so well-received, that I have decided to post as many of these as possible.

It always amazes me how many people will not read the description... particularly on a text based platform.

This Boomer writes:
"Six hundred rounds a minute you dont have to be a marksman, JUST POINT IT AT THE STATE THEY LIVE IN."

But the joke is on him, because it is only a 200 round day. In fact, the entire morning portion is dedicated purely to Marksmanship. Participants shoot out to 300 yards.

Clearly he did not read the description.

at 9:29 AM Labels: Humor No comments:
Email ThisBlogThis!Share to TwitterShare to FacebookShare to Pinterest

Interesting study at this link.

I'm sure an exception could be found. And that exception would prove the rule.

at 7:24 AM Labels: General Commentary No comments:
Email ThisBlogThis!Share to TwitterShare to FacebookShare to Pinterest 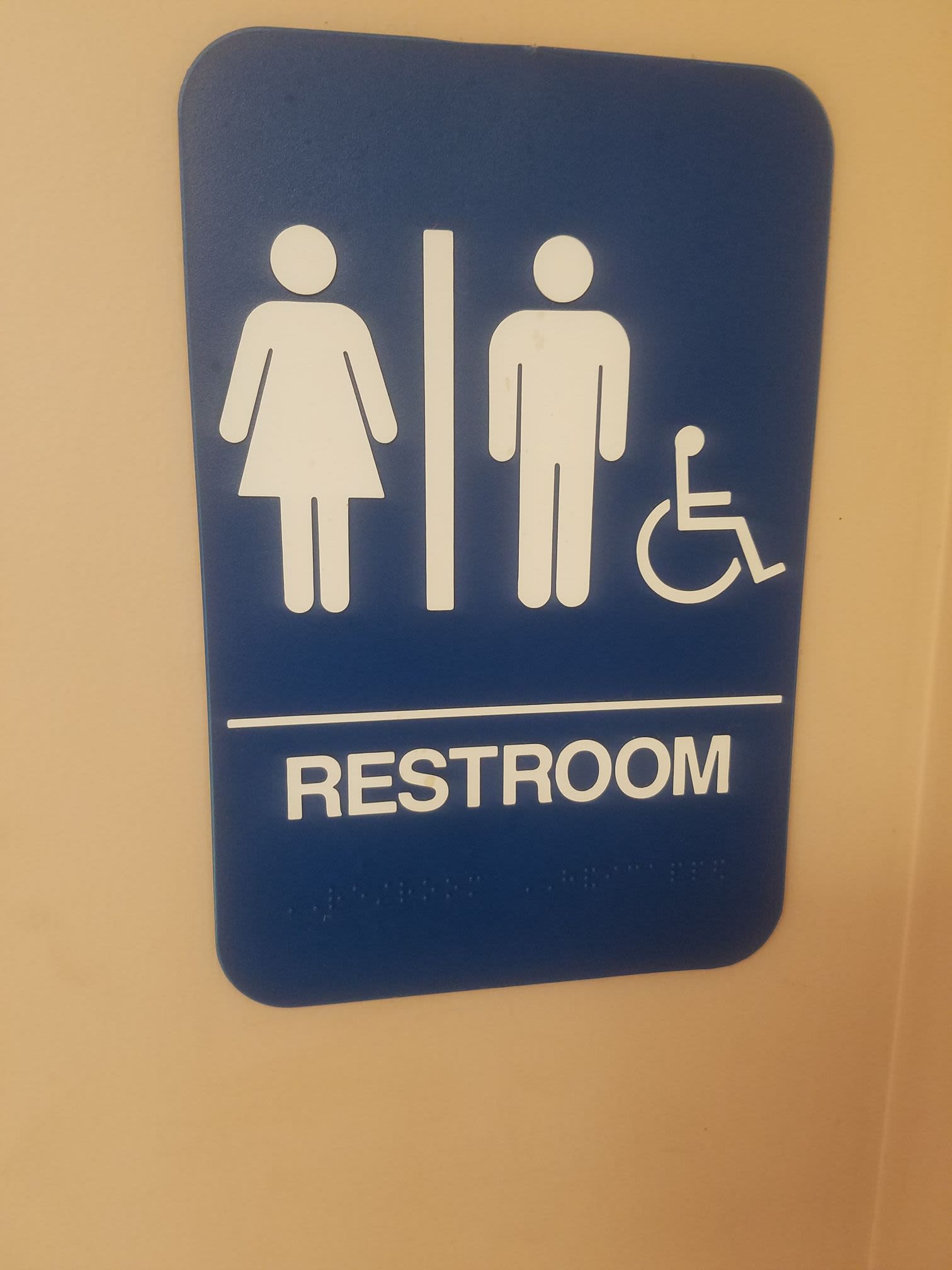 Came across another "bisexual" bathroom recently.

at 7:03 AM Labels: Humor No comments:
Email ThisBlogThis!Share to TwitterShare to FacebookShare to Pinterest

Tuesday evening, President Trump delivered the finest ever State of the Union address.  Wednesday afternoon, the US Senate acquitted him of the (false) impeachment articles.

Lefty says,
The Democrats just lost the 2016 election for the umpteenth time. #ImpeachmentTrial

Romney was the line senator to "break ranks" and "vote with the other side."

I disagree with the characterization of "breaking rank." Mittens has never been conservative, nor will he ever be conservative. Simply having a letter R next to his name means nothing - he is a socialist through and through. He always has been.

at 7:14 AM Labels: Politics No comments:
Email ThisBlogThis!Share to TwitterShare to FacebookShare to Pinterest