There's a Name For It 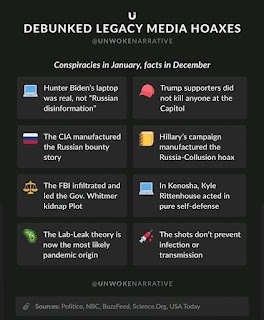 So this author has been wondering if there is a name for the mass brainwashing of the American people (and people around the world, to be fair)? Evidently, there is! It is called "mass formation psychosis."
From the link, there are four variables that combine to create the monster of mass formation psychosis:
1. The lack of a social bond.
2. Free-floating anxiety
3. A feeling of not having any purpose
4. People who are confused and can’t make sense of anything around them
Wow! We have these problems in abundance!
What do you think?
at 9:31 AM Labels: General Commentary
Email ThisBlogThis!Share to TwitterShare to FacebookShare to Pinterest